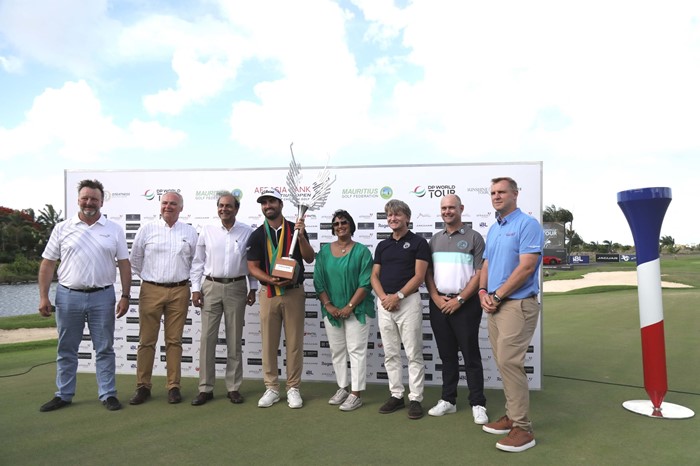 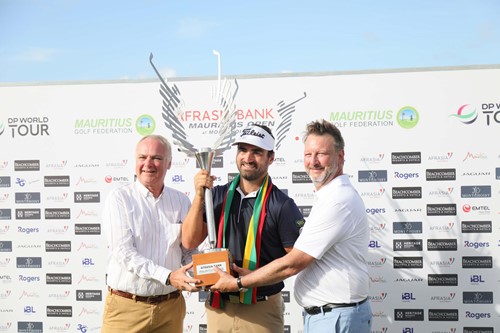 Rozner took a two-stroke lead into the final round and closed with a 67 on another windy day on the island to win on 19 under par and with the biggest margin of victory in the six editions of this Sunshine Tour and DP World Tour event.

“It’s unbelievable. I couldn’t dream of a better way to finish the year. It’s amazing. It felt like playing at home to be honest. The crowds here were amazing. It was an unbelievable week,” said Rozner, who in 2019 lost a playoff for this title.

Spain’s Alfredo Garcia-Heredia took second place on 14 under par with a final round of 67, while fellow Frenchman Julien Brun finished third on 12 under par following a closing 72.

Rozner withstood an early challenge from Garcia-Heredia who birdied three of his first five holes to close to within a shot of the Frenchman, who made only one birdie through the same stretch.

But when Rozner made eagle on the par-five seventh, and then birdied the eighth and ninth holes to earn himself a five-stroke lead at the turn, it was effectively over as a contest. He bogeyed the 17th but finished with a birdie on 18.

“I played solid all week. My first nine holes was one of my best nines ever. To play that front nine, the harder nine, in five under made a massive difference. I didn’t know the scores and I just tried to stay focused in the moment. I started missing a few shots here and there coming but I had a big enough lead to get it done,” he said.

“Winning is very hard, so this is huge. It tests your mind and your game and I was very emotional at the end. We work so hard for this and to get it done is amazing.”

Focus
Other
Stories
View all
Join the conversation
Subscribe to our newsletter
Get the latest news, straight to your inbox
Disclaimer | Contact
Copyright 2023 AfrAsia Bank Limited