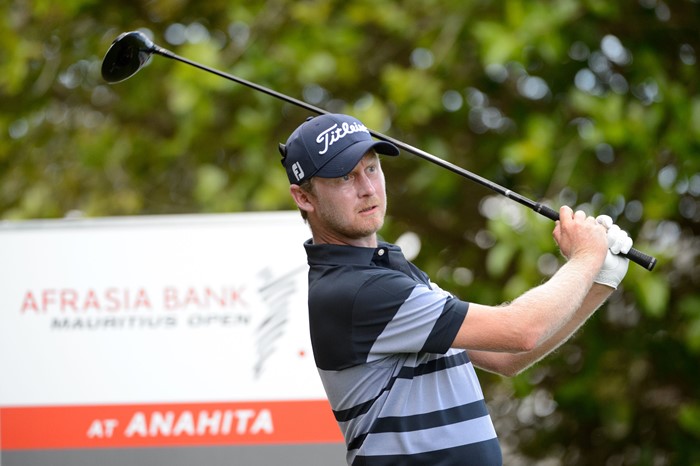 It may be December, but Justin Harding isn’t done yet.

The South African’s dream year is showing no sign of ending as he heads into Sunday’s final round of the AfrAsia Bank Mauritius Open tied for the lead with American Kurt Kitayama, and chasing a fifth title this season at the Four Seasons Golf Club Mauritius at Anahita.

Harding signed for a bogey-free 64 on Saturday to top the leaderboard on 16 under par, and where he was joined by Kitayama after his 70. They are three strokes clear of their nearest challengers in Japan’s Masahiro Kawamura, Frenchman Matthieu Pavon and India’s Chikkarangappa S.

“I did my job. I put myself in a decent position to get the result on Sunday,” said Harding, who showed exactly the kind of mood he was in when he opened with five birdies in his first eight holes.

“I’m thrilled. That was without a doubt my best tournament round. I really felt I played pretty good today. I had good control, especially for the first 13 holes. I felt like I could birdie every hole out there. I hit some close and felt like I could be a little more aggressive with the flags today. And then when it came to the putting I just felt like I had a good line on everything. It was a good day and I enjoyed it.”

Harding is in the midst of the season of his life having already won four times, including twice on the Sunshine Tour and twice on the Asian Tour. He currently leads the Sunshine Tour Order of Merit and is third on the Asian Tour equivalent, the Habitat for Humanity Standings. Shubhankar Sharma, the man leading the Asian Tour standings, is not playing this week or in next week’s South African Open hosted by the City of Joburg, giving Harding a perfect opportunity to overtake the Indian star, starting with a win this weekend.

“Hopefully I can put a good round together on Sunday and then see what happens,” he said. “I enjoy leading. I like the guys coming to me rather than having to chase. I’m looking forward to it.”

Kitayama, who led by two strokes going into the third round, admitted he felt some of the pressure of being in a final group on the Saturday.

“Today played a little tougher. Being in the last group added a little more pressure. I grinded it out. I just didn’t hit it as well as I did on the first two days.”

Harding, though, feels he’s in a good space mentally for the challenge to come.

“It’s going to be a beautiful day on the golf course, playing golf on an island, what more can you want?”