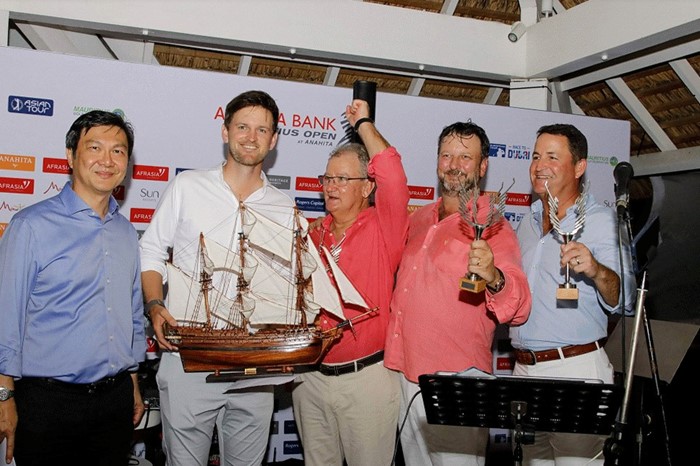 The AfrAsia Bank Mastercard Pro Am was crowned with exceptional success for the fourth consecutive year. Played at the Four Seasons Golf Club Mauritius at Anahita, the tournament was honoured with the participation of 54 teams, consisting of one professional and three amateur players.

In the lead-up to the EUR 1 million AfrAsia Bank Mauritius Open, the Pro-am tournament offered our home golfers the chance to tee it up alongside former champions Dylan Fritelli and George Coetzee as well as football celebrities in the likes of Patrick Berger, Vladimir Smicer, Quinton Fortune and Wes Brown.

The Team Pro-Am tournament was won by the European Tour’s player Bernd Wiesberger and his amateurs, Hector Sr Espitalier Noel, Thierry Vallet and Robin Smither, with a total of 102 points. They finished 2 points clear of the team Romain Langasque, Guy Adam, Vivian Masson and Quinton Fortune.

Find the other results here.