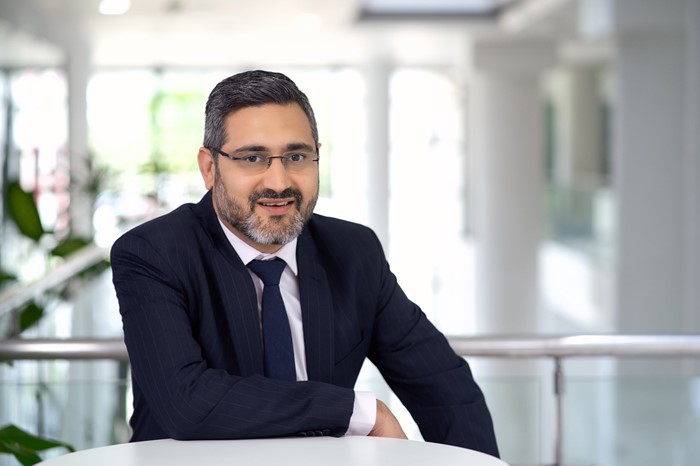 Impact of COVID-19 on Mauritian Economy

What are the threats to the Mauritian Economy?

I think it is pretty obvious that the industries that will face the brunt of this slowdown or recession, which is due to the outbreak of this virus, are definitely the tourism industry and our textiles manufacturing industry. But I would also add our construction sector to the list, in guise of our high-end properties that we sell to foreigners. It is important to note that the tourism sector, if you take into consideration the hotel industry, as well as all the ancillary businesses that make up the tourism industry, account for approximately 25% of GDP. If we were to say that this industry might face a slowdown for at least a minimum of 12 months, with a possibility that it could increase to around 18 to 24 months, then, that is a colossal figure.

As you are aware, the biggest providers of tourists to Mauritius is mainland Europe. As evidenced by a number of countries in Europe, the impact is massive. The question is, when will these people actually be ready to travel again for holidays? I think that will take a long time. If these sectors are impacted, then, consumption in the country and our way of living will definitely be impacted as well. And, we will have to bear in mind that there will be sacrifices that will have to be made. Our way of living and our patterns of spending will probably not be the same too.

What are the reasons for the low interest rates in Mauritius?

On Friday 10th of April, we had a six months Government Treasury Bills’ issuance in the market, and the yields for that went as low as 0.5% per annum. Now, these are all time lows that we are experiencing in Mauritius – we have never had yields so low. It is probably a function of the excess liquidity that we've had, but, also maybe a flight to safety.

Talking about excess liquidity, according to our figures, the outstanding debt level in Mauritius at the moment, issued by both the Government and the Central Bank, amounts to approximately MUR 370 billion. And out of that, around 30%, representing approximately MUR 100 billion, have actually been raised or borrowed by the Central Bank. This is extremely important to note, because this means that, if ever there is a shortage of liquidity in the Mauritian rupee market, then, the Central Bank is able to deploy that liquidity back into the system, either by buying back those bonds or treasury bills or using it in a different fashion to have the Government sustain the economy and help bail out probably some businesses as we move forward. We have lived through a period, since 2008 approximately, where we've had significant excess liquidity in Mauritian rupees. This has happened as a result of the economy flourishing and as a result of a lot of foreign currency coming in through FDI.  The Central Bank has done a very intelligent thing by soaking up this excess liquidity which can today be put to use to sustain our economy as we move forward.

Your thoughts about the depreciation of the Mauritian Rupee?

Once you have a shortfall of foreign currency, because some of the main sectors of the economy are facing a massive issue - tourism, textiles manufacturing, the construction sector in terms of our sales of properties to foreigners - then obviously, there would be a shortfall in foreign currency. When this situation arises, it is very normal that our local currency would depreciate. This is not a phenomenon that is only in Mauritius, but we've seen it across emerging market currencies worldwide over the last month or so, more precisely, since the outbreak of COVID-19. According to the research that we've conducted, which happens on an ongoing basis, if you have a look at the past 12 months or so, inflows and outflows of foreign currency have been in the region of approximately USD 450 to USD 500 million either side; so, USD 500 million of inflows and USD 500 million of outflows.

Given that we expect, and it has actually already started, inflows from the tourism industry, from the textiles manufacturing and from the property business have slowed down or have come to quasi zero, and this trend is likely to continue for the next 12 to 24 months and it is highly likely that this will impact on the Mauritian rupee. There will be pressure on the Mauritian rupee to depreciate, which is very normal. I think the most important thing is that we will need to realise that our consumption levels, as I said earlier, will need to decrease as well. We will probably have to sacrifice to a certain extent.

In all likelihood, what will happen will be that our import levels as well will most probably come down by 35% to 40%, because if you have a look at the sectors that bring new foreign currency, you are talking anywhere between 30% to 35% of the inflows that we get on a monthly basis. Having said that, it is important to note that our country's reserves amount to approximately USD 7.2 billion right now which is managed by the Central Bank. USD 7.2 billion, in normal market situations, amount to approximately 12-13 months of imports. With our consumption levels decreased, definitely, this will amount to more months of imports. Therefore, the ammunition is there from the Central Bank to sustain imports, especially those that are essential to our consumption needs. It is important to bear this in mind. We also need to know that the sugar sector will still be a supplier of foreign currency because sugar is needed in places like Europe or anywhere in the World. Those exports will happen. The other thing also to note is that we also have the global business sector which brings in a lot of foreign currency as well.

I know the confinement and us having to stay at home create a lot of anxiety. We most probably have a lot of questions in our minds as to what's going to happen to the economy? What's going to happen to our savings? What's going to happen to our jobs? But, I think, we, in Mauritius, have always bounced back and have always done extremely well to reinvent ourselves.  I am not saying that we have to reinvent ourselves now. But what I am saying is that, now more than ever, all the stakeholders in the economy need to come together to really plan a proper economic recovery going forward. It is going to be tough times. Nevertheless, I have no doubt at all, that if we all put our heads together, we will come out of it. I think we have already seen how the infected levels have come down over the past few days. And, if we come together and if we do it for our country, everything and anything is possible!