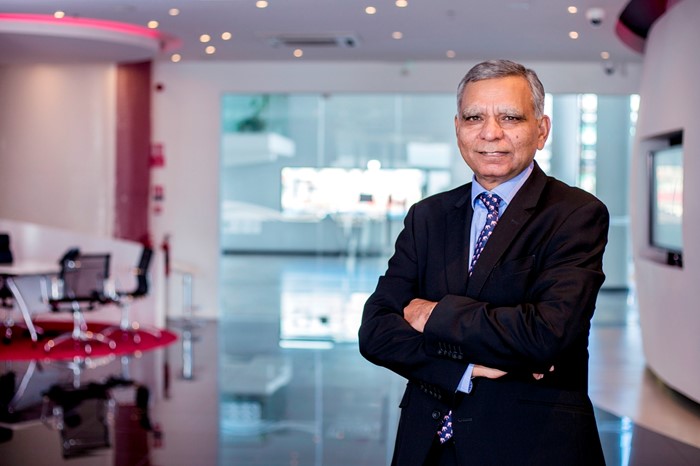 What’s next for Private Wealth?

Adding to the exciting developments in the private banking and wealth management space in Mauritius, AfrAsia Bank released its Global Wealth Migration Review report in April. Now in its second consecutive year, the report reflects on worldwide wealth and wealth migration trends over the past 10 years, with projections for the next decade based on wealth trends in 90 countries and 150 cities. According to the report, total private wealth held worldwide amounts to approximately USD 204 trillion, following a 26% growth in global wealth over the last 10 years.

“Wealth creation and preservation trends are going to remain positive. This is based on the fact that economies are expected to grow and that is going to create more income, more savings and obviously more wealth. So, the trendline is extremely positive,” says AfrAsia CEO, Mr Sanjiv Bhasin.

In terms of geographies, the US tops the chart of the wealthiest countries in the world, followed by China and Japan. Another notable economy in the top 10 is
Australia, which has overtaken Canada and France to reach seventh place on the list of the largest countries by private wealth held in the hands of all individuals combined, despite a population of only 25 million.

Looking into the future, the report confirms that global wealth is expected to rise by 43% over the next decade reaching USD 291 trillion by 2028. This will be driven mostly by strong growth in Asia, influenced by countries such as Vietnam, India and China. Notably, while the top 10 will all stay the same, the order will change quite significantly, with India and Australia – currently ranked at 6th and 7th place respectively – set to overtake Germany and the UK to become the 4th and 5th largest countries by wealth creation in 2028.

Moreover, the list of the top 10 countries by per capita wealth looks very different from the largest wealth creators in absolute terms. Small financial hubs such as Monaco and Liechtenstein top the list with per capita wealth of USD 2,114,000 and USD 786,000 respectively, while the only repeats from the list of the top 10 wealthiest countries are Australia, US and Canada. Monaco’s location on the prime French Riviera, coupled with a zero income tax rate and its secure position as the de-facto offshore centre for the European wealth sector, propel it to an unrivalled first place on the list by a wide margin.

Finally, the list of the top 20 fastest growing markets in the world features China in first place, with an impressive growth of 130%. The report notes that the growth in New Zealand, Australia, Hong Kong, Singapore and Korea is also remarkable, as these are already high income markets and, normally, would struggle to grow from the present high base rates.

The performance of Mauritius is another noteworthy one as it ranks as the second fastest growing wealth market worldwide, recording wealth growth of 124% between 2008 -2018 with 100+ HNWIs during that period.

“By and large, Mauritius is exhibiting a very positive trend by being aware of all the developments in the international markets, the requirements of HNWIs and also the right regulations needed to protect and enable growth of this market. It has also exhibited a desire to always be relevant and modern in its development, so that the migration of wealth continues at a faster pace and the owners of wealth remain entirely comfortable with this jurisdiction,” emphasises Mr Bhasin.

Moreover, the trendline remains strong with Mauritius also featuring among the list of the fastest growing wealth markets by 2028. The key factors contributing to this growth in wealth include: security and safety, strong ownership rights, strong economic growth, a well-developed banking system, ease of investment and low tax rates.

“The knowledge of Africa, and the ability to share that knowledge in a meaningful fashion with potential investors, is a competitive edge that Mauritius enjoys, and ensuring that we remain ahead in this knowledge space will be beneficial towards receiving a larger proportion of this migrating wealth. Mauritius has also shown its keen desire to expand its special tax/investor protection agreements with other countries in Africa, which will allow it to expand its market coverage and enable capital providers to use this jurisdiction for the new countries with whom the island economy has these special arrangements.

The jurisdiction can also invite far greater participation from the fund management industry and can develop its products on the Stock Exchange with emphasis on increasing both the liquidity of these products and modernising its settlement arrangements with the African region. Efforts in this direction would certainly protect the preferred position which the country enjoys at present,” notes Mr Bhasin.