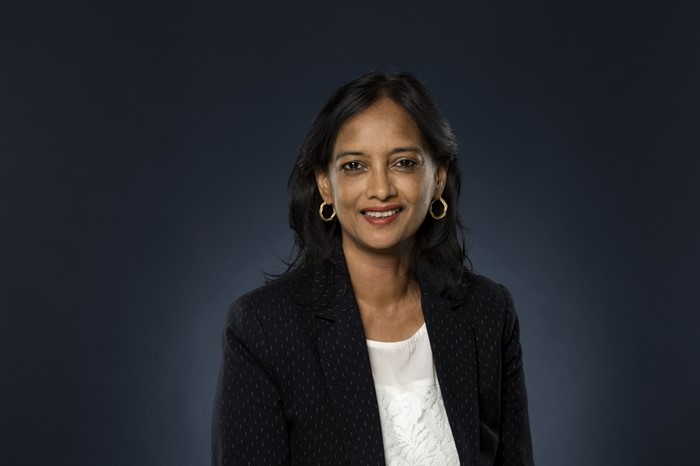 "Throughout its history, Mauritius has always been able to re-invent itself in times of hardship."

Since some years now, the Mauritius International Financial Centre has established itself as a transparent and trustworthy driver of investments into Africa. How would you assess the steps taken by regulators and the global business community to ensure we remain a jurisdiction of substance, focused on value creation, while keeping aligned with requirements set by international financial regulators?

Mauritius has implemented a number of measures and is seen as a clean and transparent jurisdiction that has adopted all required international standards.

Mauritius joined the Organisation for Economic Co-operation and Development (OECD) Multilateral Convention on Mutual Administrative Assistance in Tax Matters. This allows us to have a mechanism for the exchange of information with 127 jurisdictions. Following the peer Review of OECD on harmful tax practices, many changes were initiated. Enhanced economic substance rules were introduced in Mauritius since 2018, requiring companies to demonstrate that they undertake relevant activities in Mauritius in relation to their business. In particular, companies have to ensure that they carry out their core income generating activities in Mauritius.

The Government has got rid of the deemed tax credit of 80% which was seen as harmful tax practice by OECD. Mauritius has signed up to the implementation of the Common Reporting Standard (CRS) for the automatic exchange of financial and tax information at the international level. Mauritius was the first African country to sign the Intergovernmental Agreement with the United States for the implementation of the Foreign Accounts Tax Compliance Act.

The Government has consistently implemented reforms to enhance our legal and regulatory framework and uphold the reputation of our financial centre.

Positioning itself as the preferred jurisdiction for Foreign Direct Investment (FDI) flows to the African continent, Mauritius has signed 21 Double Taxation Agreements and 23 Investment Promotion and Protection Agreements with countries in Africa. How far is the global business sector dependent on this competitive advantage today?

It is thought that the main reason why investors or entrepreneurs use Mauritius is to save on tax.  This is not true. The political and economic stability, the absence of foreign exchange control, the ease of doing business, the enabling legal and regulatory environment, the rule of law, the safety and security of Mauritius, its human capital skills set and the quality of services are the reasons that Mauritius is chosen as a location for investment into Africa. Mauritius does not have treaties with more than 30 countries in Africa but still it is a hub for investment into these countries. A financial centre cannot base its success on tax treaties, as this is not sustainable. Tax treaties are important but they are not the prime reason why investors use Mauritius.

In addition to investment holding, Mauritius provides the right environment for the pooling of funds and for protecting Intellectual Property. The good governance in Mauritius is also attracting Foreign Direct Investments (FDIs) and other investors to set up funds and other vehicles to invest on the African continent.

What are most promising markets on the African continent? Are investments to the diverse African countries having a positive impact on their socio‐economic development?

The three largely populated countries of Egypt, Nigeria and Ethiopia top the list of  foreign direct investments recipients. Egypt is leading the pack followed by Nigeria, with USD12bn and USD8bn of foreign investment respectively last year. In the east-African sub-region, Ethiopia is currently the largest recipient of Foreign Direct Investments (FDI). A new report from EY states that East Africa’s most populous nation attracted FDI worth USD7bn. Kenya and Tanzania are followers, with USD2bn and USD1bn respectively. Ethiopia’s success comes from its huge domestic market with many investors attracted to manufacturing using available cheap labor. Growing at 8% currently, Ghana is also emerging as a major FDI destination on the continent.

Foreign investment coming to Africa is crucial to helping the continent deliver on its developmental challenges. Innovation is essential for Africa to meet unmet  demand for goods and services, close the gaps in its infrastructure, create jobs, and alleviate poverty.

Impact investing in particular is fast growing on the continent. Investors, of which many are DFIs, are looking to achieve measurable impact with their investment funds, in areas directly related to United Nations Sustainable Development Goals. Many of such impact funds are domiciled and administered in Mauritius, underlining the contribution of the country to the continued development of the continent.

After the India‐Mauritius DTAA amendment in 2017, have we been able to reinvent the industry and diversify our offers through other robust complementary advantages for Africa and other parts of the world?

Throughout its history, Mauritius has always been able to re-invent itself in times of hardship.

Our resilience also benefited our global business sector after the revision of the tax treaty with India. At the time this happened, we had already embarked on constructing a robust international financial centre. More importantly, we had already started to position ourselves as an investment platform for Africa. Since then, we have strengthened our natural advantage to be the preferred financial centre for Africa. As a result, what we have today is a diversified, well-regulated and forward-looking financial centre that is not only fit to serve emerging markets like Africa but is keeping abreast of latest technology trends like AI with the possibility for companies to operate under a Regulatory Sandbox License.

With regard to Africa and other countries, we are also positioning ourselves as a wealth management centre, offering more to investors than just the security of a competitive investment-holding destination.

Finally, it should be said that Mauritius is still an important platform for funds investing in India as well as for debt structuring.

Over and above cross border investments, how would you rate the private wealth management capabilities as well as the other comparative advantages that the country has to offer to international investors?

Mauritius must provide added-value services to continue to be a financial services centre of choice. We have started to develop private wealth management capabilities as well as corporate finance capabilities in Mauritius. AfrAsia for example has good capabilities in private wealth services and there is a growing potential next door in Africa that we should capitalise on. To give you an idea of the wealth generated on the continent, there are more than 400 companies in Africa that earn annual revenues of USD1bn or more.

I also see our own expertise developed in areas such as sugar technology, smart cities, textile and governance services that can be offered to the African continent.

In the financial services sector itself, the growth of Africa has the potential to attract a full spectrum of capabilities in Mauritius provided we have the required scheme to entice and retain them.

What more can be done by both Management Companies and regulatory bodies now if the Mauritius jurisdiction wants to reinforce its positioning as the International Financial Centre par excellence for the continent? Are we making the most of the Regulatory Sandbox License for Fintech activities namely?

It is for each Management Company to carve its niche when it comes to Africa.  However, we are all dependent on the government when it comes to developing new cooperation agreements with African countries. What can be said currently is that we need to develop and intensify our diplomatic ties with the African continent. We need to do this in a very structured and sustained way to combat Mauritius being tagged as a tax haven. To back our economic diplomacy, the industry and the government should work together to deploy a PR campaign in our source markets.

Innovation is another area by which our financial centre can and should differentiate itself, through technology or otherwise. We can have innovation by other means than technology.

The Regulatory Sandbox Licence (RSL) forms part of the government’s vision to promote creativity and innovation by allowing companies to invest in market-leading projects that do not yet have an adequate legal framework. It is particularly relevant to the realm of Fintech where it is the ambition of the Government of Mauritius to establish itself as a hub for Africa. With an unbanked population of about 60% and one of the highest mobile penetration rates in the world, Africa is ripe for Fintech innovation directed at improving financial inclusion and revolutionizing the financial services landscape. The initiative to create a RSL should thus be welcome as in my view it will attract many technopreneurs looking to do business with Africa.