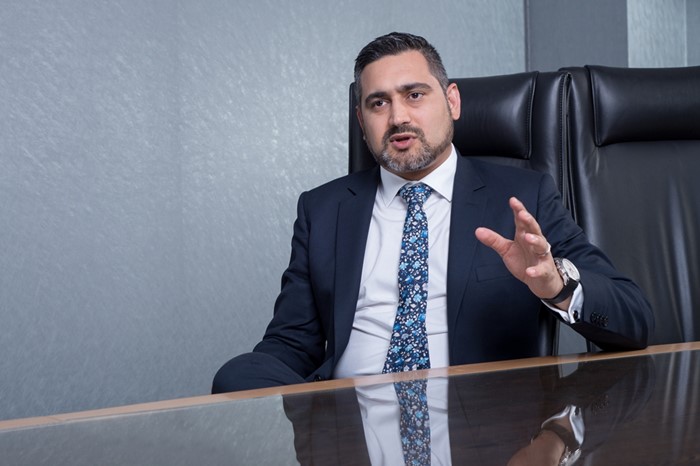 “An ageing population is also synonymous to declining growth”

For long, Mauritius has dominated the ranking of African countries in terms of High Net Worth Individuals (HNWI). This is due to our reputation as a safe jurisdiction, with appropriate policies for wealth creation as well as wealth development, our lifestyle and low crime rate. As indicated in the report, Mauritius maintains its ranking as the richest country in Africa per capita with an annual income of USD 32,700. We have grown 195% over the last decade and 18% last year. Despite its size, the country witnessed sustained growth regardless of a slowdown in the global economy after the financial crisis, which is very positive. Finally, we have been recognized as the most promising emerging African market in the private banking sector.

We have made a development choice that emphasizes on an equal partnership between the State and the private sector, based on a model that excludes no one. The durability of these choices together with our ability to face the challenges imposed on our country have contributed towards this good performance. However, we still have to fight to preserve our assets, especially in terms of our banking and financial services’ offerings. This is why I am advocating for the creation of a financial framework to facilitate wealth management, brokerage, tax advice, planning & advisory, among others.

Our economy has shown resilience to the crisis that has plagued all major economies. This was made possible through our sound banking system, which has always been realistic and cautious in terms of loan financing, followed by the funds granted by the State to the companies at risk. Nevertheless, our tourism industry and the manufacturing sector, which had been the engines of economic growth since the 1980s, were witnessing a decrease in revenues and there was a fear of massive job losses. However, the stimulus package, proposed by the State, largely mitigated the effects of this crisis together with the injection of liquidity into the economy as well as the sound management decisions of the operators in this industry. It should be noted that Government has pursued its investment in infrastructure to support growth.

There has never been a breach of this model in spite of the alternations; all parties seem to agree that our economic model has allowed Mauritius to accomplish its major developments while maintaining its social, economic and ethnic stability, constituting the very foundations of our DNA. Since 2012, Mauritius is ranked first in the good governance index of the Mo Ibrahim foundation. This implies that the changes in ruling parties over the years have never impacted on these basic fundamentals of governance. Nevertheless, the Mo Ibrahim Foundation also indicates the alarming trends in the top-ranking countries, including Mauritius. Over a period of ten years, the country’s score has risen by 0.34 point while its average performance has decreased by 0.13 point over the last five years.

Yes, to a certain extent, but one must make an extra effort towards the wealthy foreigners who buy properties in Mauritius. We need to encourage them to invest in promising sectors such as finance and banking, investment funds, asset management and brokerage firms, which require capital and expertise for their expansion.

Going forward, we need to keep an eye on the new development areas for example Fin Tech, artificial intelligence among others. This is how we should position Mauritius in the future; as a jurisdiction of substance.

Given that we are a small island state there is no particular city to claim this ranking which is based on  an adequate critical mass to constitute the clientele attracted by the 'luxury brands' as it is the case in South Africa. Nevertheless, our coastline and our hotels offer them a quality of life that has nothing to envy these cities. In many cases, land or property prices have almost reached or even outperformed those in Cape Town, which is at the top of this ranking. I think that in the future, affluent Africans will see Mauritius as an interesting real estate market.

Yes, because their presence favours the construction of quality educational institutions, consumption, bank activities, increased trading on the Stock Exchange of Mauritius as well as investments in management companies. Additionally, most of the luxury villas, which have boosted our construction sector, are owned by these foreign millionaires who offer employment to people from different levels, such as cooks, gardeners, women household, amongst others. However, this model is not viable in the long term. We need to ensure that these HNWIs can participate more actively in our economic activity by encouraging them to set up their businesses and operate out of Mauritius.

Our economy remains robust, the political system is stable with regular elections under the supervision of international experts and results accepted by the entire political class, the press is free and independent. We have a parliament elected by universal suffrage. The right of ownership of private property is protected by laws and the security of property and individuals is fully assured.

On the other hand, there is a big challenge awaiting us. The impact of the ageing population has consequences on the economic activity of our country. In general, an ageing population is also synonymous to declining growth, as a decreasing population will not attract much investment.

It is certainly a problem, but Mauritius has the necessary assets to be the crossroads of business in Africa just like Singapore is the hub in Southeast Asia. Beyond our port and airport facilities, the strategy would be to offer the best infrastructure and the best services to encourage companies investing in Africa to set up in our territory and attract their employees to work from Mauritius while still employing local talent. Today, the businessperson in Africa or elsewhere, for example, can operate his production base in Zambia and manage his procurement and treasury from Mauritius. This is what we have to aim for going forward. We must not be afraid to recruit foreign experts, as their knowledge can only help us achieve our future growth potential while at the same time we need to ensure that they upskill our local talent.