I find that harder I work, the more luck I seem to have

Thomas Jefferson
Indicative Selling Rates against MUR
USD
The Rand tumbled to 16.93 versus the greenback after S.A. GDP data showed the economy contracted sharply in the second quarter.
Fundamental News

EUR/USD
The Single currency edged lower to $1.1780 on the expectation of a dovish message from the European Central Bank's meeting tomorrow.

GBP/USD
The Pound extended losses to a six-week low at $1.2935 after U.K. Prime Minister Boris Johnson warned that Britain would end the negotiations with Europe if there were no progress on a deal by mid-October.

USD/JPY
The Japanese yen climbed to 105.93 against the greenback on risk aversion, amid heightened U.S.- China geopolitical tensions.

AUD/USD
The Aussie dollar slipped to $0.7223 on Wednesday as risk appetite turned sour in the wake of a stock market rout.

USD/ZAR
South Africa's rand tumbled to 16.93 versus the greenback after S.A. GDP data showed the economy contracted sharply in the second quarter.

USD/MUR
The Dollar-rupee strengthened by 10 cents to 40.30(Selling) this morning. 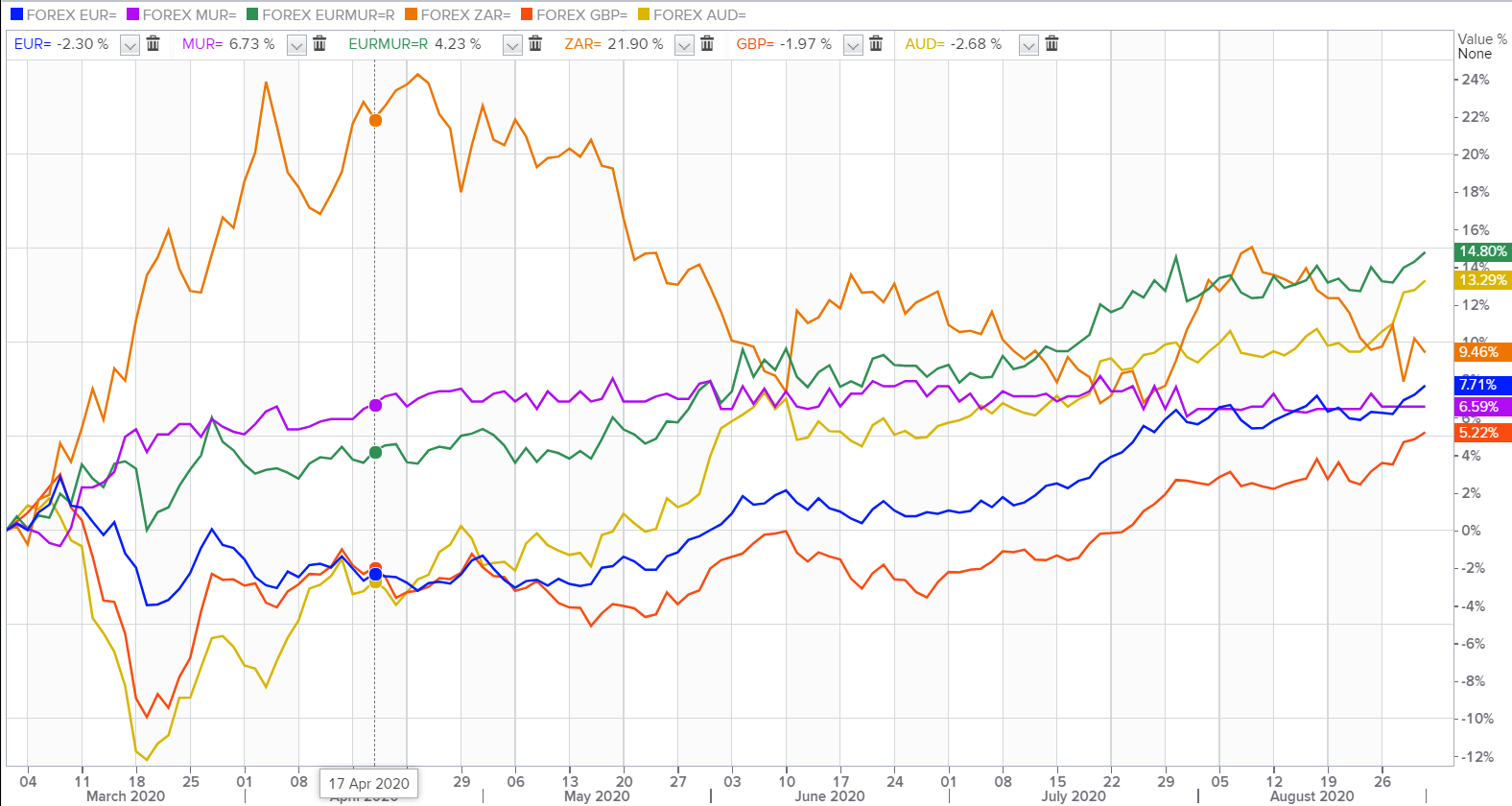