Pursue every ambition, go as far as you can possibly dream.

The Single currency edged lower to $1.1217 from a high of $1.1287 yesterday despite upbeat June German inflation data, as investors positioned ahead of  quarter-end.

GBP/USD
Sterling plummeted to a low of $1.2250 on Monday on concerns about how Britain's government will pay for its planned infrastructure program following PM Johnson promised a "Rooseveltian" boost to public emergency spending and tax measures worth an estimated 133 billion pounds.

USD/JPY
Japanese yen hammered to 107.87 per dollar on spurring fresh optimism on the U.S. economy, as pending home sales data showed that housing market activity had quickly recovered in May from a plunge triggered by the pandemic.

AUD/USD
The Australian dollar ebbed away from yesterday's low of $0.6839 to $0.6860 now after a survey showed China's factory activity expanded at a stronger pace in June, beating expectations of a slowdown from last month.

USD/ZAR
The South African rand percolated around 17.30 against the greenback despite South Africa reported 6,334 new cases on Sunday after 7,210 new cases the day before, among the steepest daily rises to date. First-quarter gross domestic product data will be released at 13:30.

The pair steadied at 40.50(selling) on the local market. 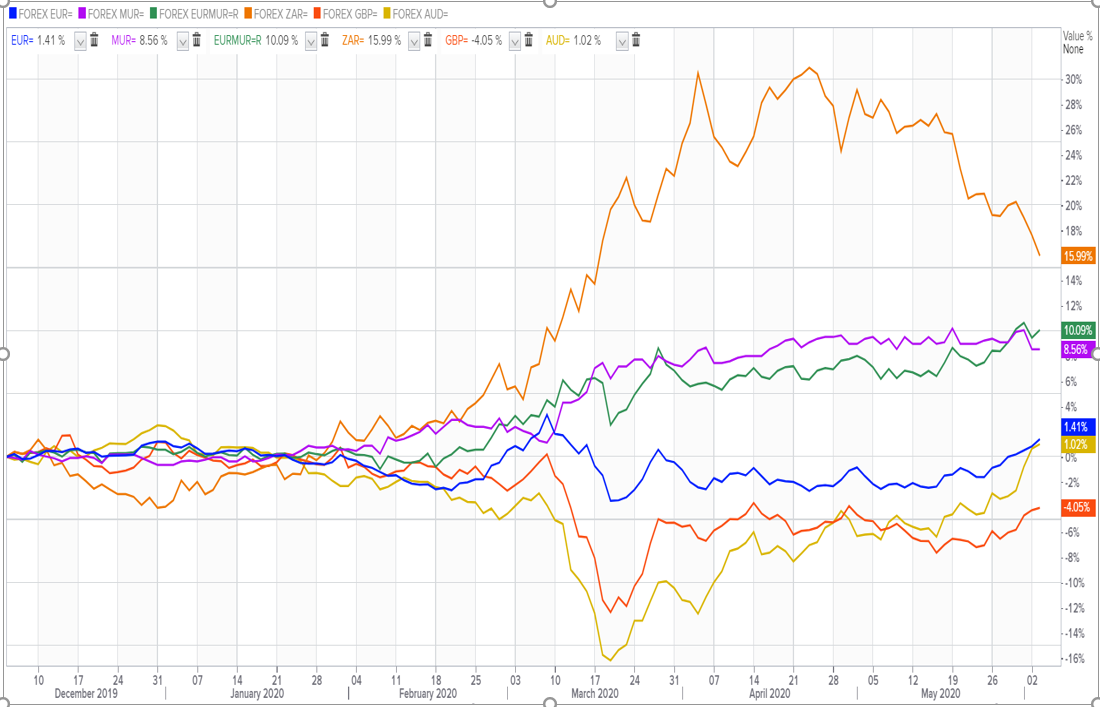 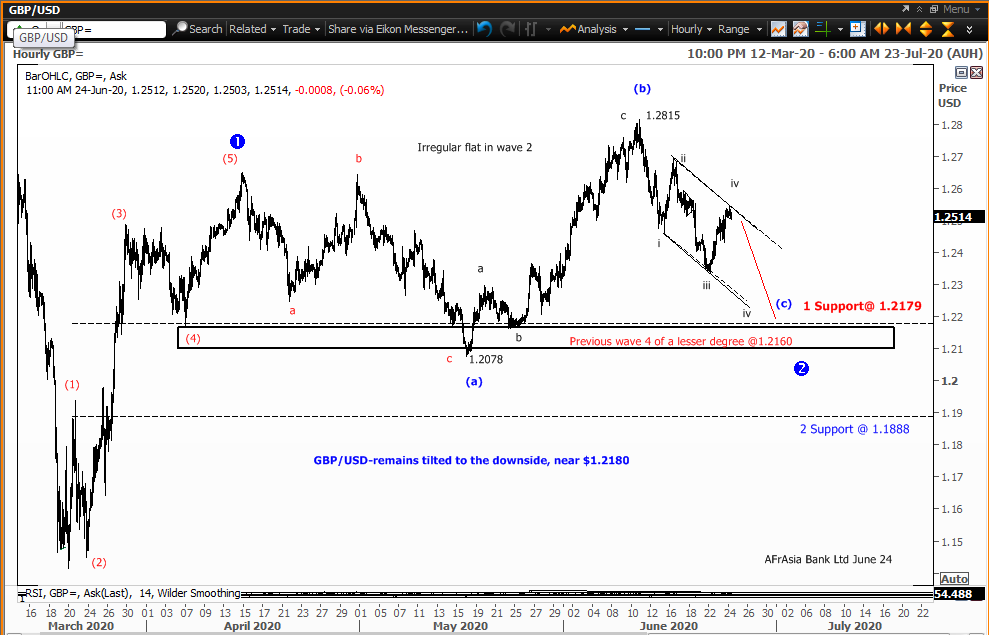 It may be time to get rid of your Swiss Franc!

From an Elliott Wave trading standpoint, USD/CHF indicates a violent recoil higher in compelling impulse Wave (3) trajectory on a test of support marked by the confluence of a former counter-trend support at Wave (2) at 0.9372 of June 11th, percolating since late March 2020. As we have continued to highlight, the trend USD/CHF remains bullish overall.

Looking at the hourly chart, the pair may propel into Wave (3) targeting 1.0084, which represents 100% Fibonacci projection of impulsive Wave (1) through corrective Wave (2). Peeking through 0.9553 of Wave (1) would further validate the upside momentum. On the flipside, a set-back of recent low at 0.9418, then 0.9372 would render the count obsolete. If the pair fails to clear the latter, it could catalyse an aggressive decline.

Previous View Market Patrol Archives Next
Weekly Market Update by Karishma Sewock Nobutsing on Radio One
Listen
Speak to our team
Disclaimer
Please note that the information published is purely indicative. It is based on technical data from sources which the Bank verily believes to be authentic, though its timeliness or accuracy cannot be warranted or guaranteed. AfrAsia Bank Ltd issues no invitation to anyone to rely on this bulletin and neither we nor our information providers shall be in no way whatsoever, liable for any errors or inaccuracies, regardless of cause, or the lack of timeliness, or for any delay or interruption in the transmission thereof to the user. The indicative rates and other market information are subject to changes at the Bank's discretion. Whilst every effort is made to ensure the information is accurate, you should confirm the latest situation with the Bank prior to making any decisions.
Become a client
Need any help?Consult our FAQ
Or contact us on+230 208 5500 or afrasia@afrasiabank.com
Get the latest news, straight to your inbox
Subscribe to our newsletter
Join the conversation