The British Pound remains tilted to the downside near $1.2180 despite upbeat data

"Dancing is a wonderful training for girls, it's the first way you learn to guess what a man is going to do before he does it”- Christopher Morley

In the same vein, the Elliott Wave principle trains the analyst to discern what the market is likely to do before it does it.-A.J. Frost and Robert Prechter.

The British Pound soared above $1.2500 mark on Tuesday after the UK Preliminary PMIs for June came in better than expected figures both in the manufacturing and the harder-hit Services sector. The manufacturing PMI rose to 50.1 from 40.7, while the service PMI improved to 47.0 from May’s 29.0, suggesting the economic conditions are returning to growth after the three months of an unprecedented downturn induced by the worldwide coronavirus lock down.

However, the Pound was rejected at a high of $1.2545 on Wednesday and clawed back swiftly close to trade at $1.2515 amid doubts over the easing of the UK’s coronavirus lock down restrictions. Also weighing on the oldest existing currency, are worries on the next week’s Brexit talks and the UK-Japan trade concerns.

Indeed, Japan has given the United Kingdom just 6 weeks to strike a post-Brexit deal, putting Boris Johnson’s government under pressure to agree one of the fastest trade negotiation in history, The Financial Times reported.

The countries will build on an existing Japan-European Union deal, with Tokyo looking to scrap auto tariffs, while London has said it wants benefits for its financial services and textile industries.” A quick trade deal with Japan would advance the UK's accession to the Comprehensive and Progressive Trans-Pacific Partnership, a move which would improve market access for UK businesses across the Asia-Pacific region”, said International Trade Secretary Liz Truss.

However, the short timetable might leave the UK frustrated in some of its ambitions, highlighting the challenge Boris Johnson’s government will face in securing favourable deals before the Brexit transition period ended on 31 December.

Technical outlook –Pound tilted to the downside near $1.2180 despite upbeat UK PMI data 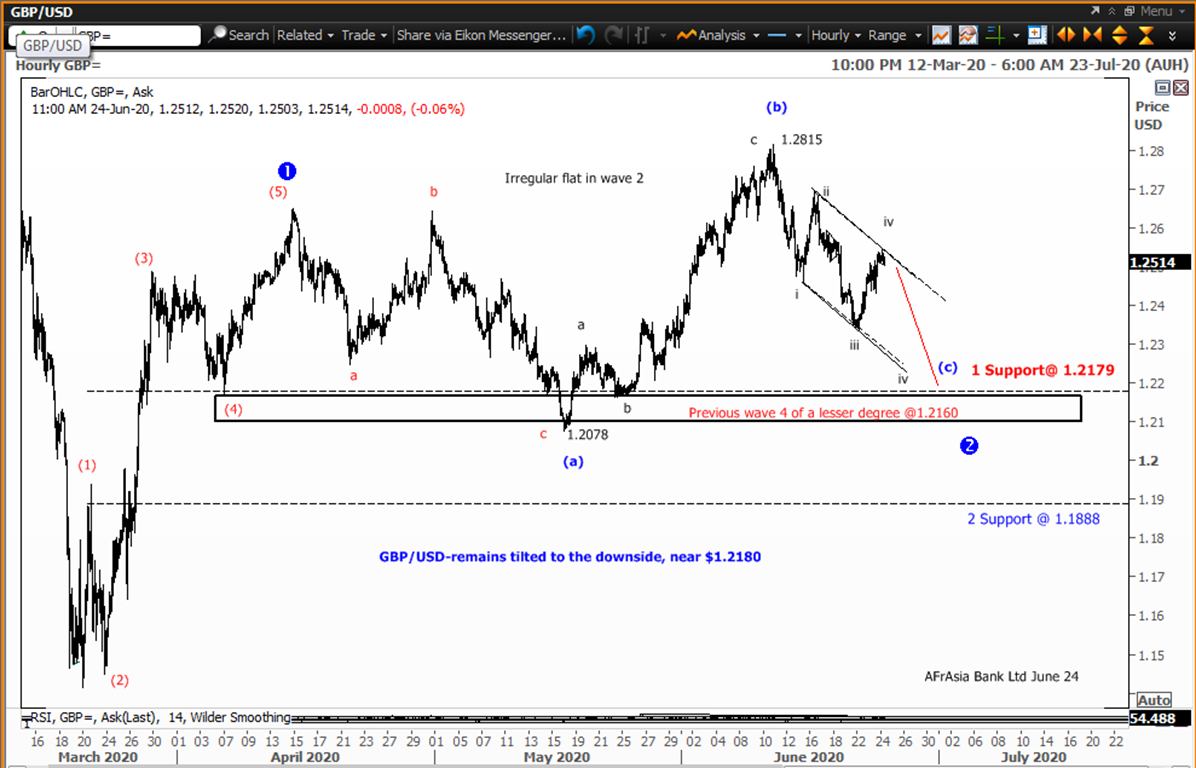 Download
Previous article View archives Next article
Become a client
Need any help?Consult our FAQ
Or contact us on+230 208 5500 or afrasia@afrasiabank.com
Get the latest news, straight to your inbox
Join the conversation