EUR/USD - The corrective rally on the Single currency still underway!

The EUR/USD has shrugged off a dovish European Central Bank minutes last week, where the ECB’s officials expressed concerns over a full-blown trade war with the US and fretted over its potential impact on the Euro-zone economy.

Additionally, the minutes highlighted the central bank’s unease about the impact of a stronger Euro on the region’s inflation growth and the boarder economy.

The single currency rose to $1.2395 on Monday though markets were less concerned over joint missile strikes by the U.S, the UK and France over the weekend, targeting Syria’s possible chemical weapons productions and storage facilities.

Attention now seems to be focus on ECB’s, Governing Council member, Hansson speech on Wednesday. Hansson has recently stressed the need to move gradually with the removal of ECB stimulus, and he also stated that the effects of low inflation in the Eurozone are temporary.

From a technical perspective, the corrective rise on the EUR/USD from $1.2215 low on 6th April could extend higher in the coming days to $1.2445 where the rally may find strong resistance. However, a break of the late March high of $1.2475 would threaten the bears and as such favour the bulls for a run back to $1.2555(previous high on 16 Feb. 18)!! 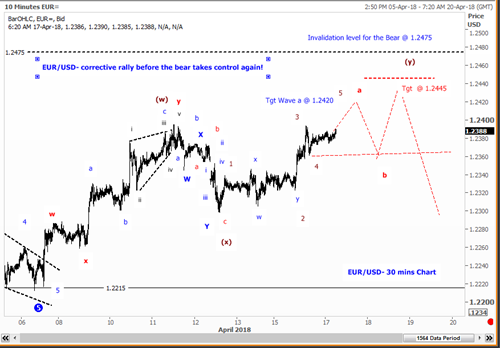 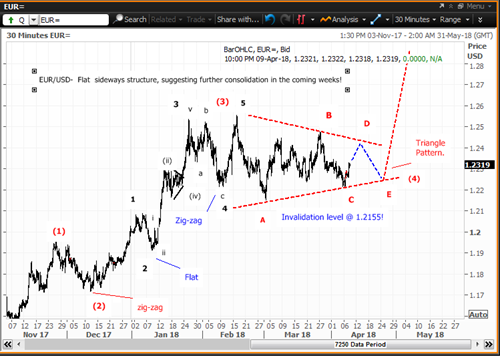