EUR/USD shot down as expected to targeted level post bearish triangle break-out before recovering some grounds.

Trading Proverbs: “Failure is the condiment that gives success its flavour”.- Truman Capote.

Over the last few weeks, the forex markets turned sour on a combination of interest rate differentials (U.S v/s Majors), geopolitical and trade tensions which sapped confidence in the financial markets around the globe.

The latest headline was the Turkish currency turmoil, last week, which sent the global financial markets into a brutal sea of red across the board. The Push in Turkish lira’s sell-off initial came after Financial Times reported that the European Central Bank(ECB) has become concerned about the exposure of some Eurozone’s banks to Turkey after Trump Administration double the tariffs on Turkish steel and aluminium in retaliation for Turkey’s imprisonment of an American pastor.

But worries seem to have eased this week on the markets after the Turkish government’s measures were well taken by investors. Besides, ebbing concerns  over the tit-for-tat tariffs between the U.S and China have improved market sentiment, with the two economic giants getting into talks on August 21-22 to lay out a roadmap that would lead them to conclude trade talks when President Trump and Chinese leader Xi Jinping meeting at multilateral summits in November.

As highlighted early on 23rd July 2018, the Single currency finally thrust out from the bearish triangle scenario to a 13-month low of $1.1297 last week, losing almost 430 pips, before rebounding strongly to trade at $1.1430 this morning. 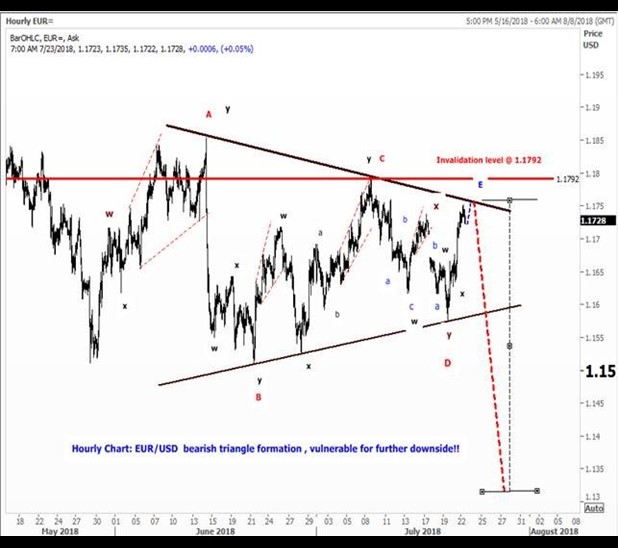 4 weeks later... the EUR/USD reached the minimum estimated level of a bearish Triangle break out@ 1.1300!! 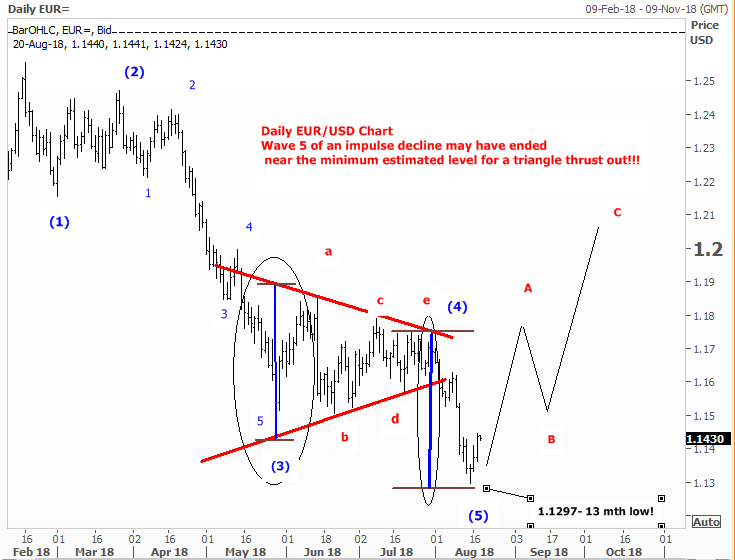 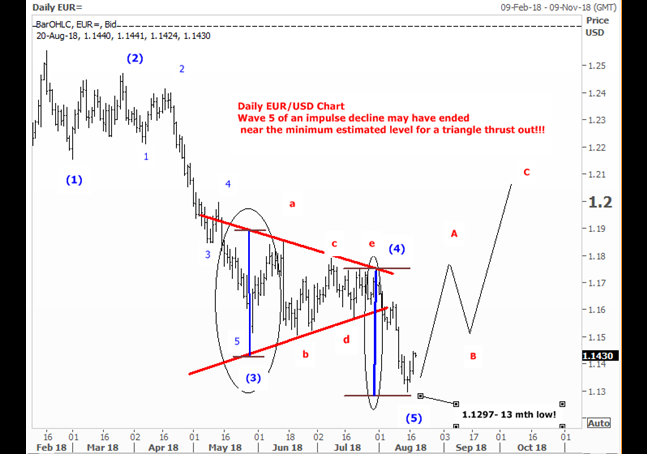