EUR/USD sagged down by Italian saga, but further weakness could be limited!

Trading proverbs: “I've found that the big money was never made in the buying or the selling, but was made in the waiting." – Jesse Livermore.”

The U.S dollar surged to a six-week high against a basket of currencies on Thursday as recent stunningly strong U.S. Economic data supported the view that the U.S economy is growing faster than expected. Besides, the groundswell of U.S. economic optimism has lifted expectations for another rate hike by the Federal Reserve in December coupled with an oddly hawkish Fed chairman Jerome Powell on Wednesday who is warning of even further, faster rate hike in the future.

In Europe, the Single currency was severely battered and pushed to a six-week low of $1.1464 yesterday, losing almost 400 pips all along the impulsive decline, as markets have been unnerved by the recent uncertainty surrounding Italy’s budget deficit (the Italian government having flouted pressure from Brussel and its euro zone partners to water down its budget plans to 2% of GDP), while weak EU economic data also dragged down the currency.

EUR/USD weighed down by Italian saga, but further weakness could be limited!

After a laborious rally to as high as $1.1816 on 24th September, the EUR/USD faded that move and turned south into an impulsive decline to a six-week low of $1.1464 this morning.

Ideally we would love to see a break of the dotted downward trend line near $1.1515 followed by a move above previous wave iv at $1.1596 to confirm that the decline in wave B on the EUR/USD is over and setting the stage for a higher euro possibly to $1.1900/ 1.21 level in wave C. 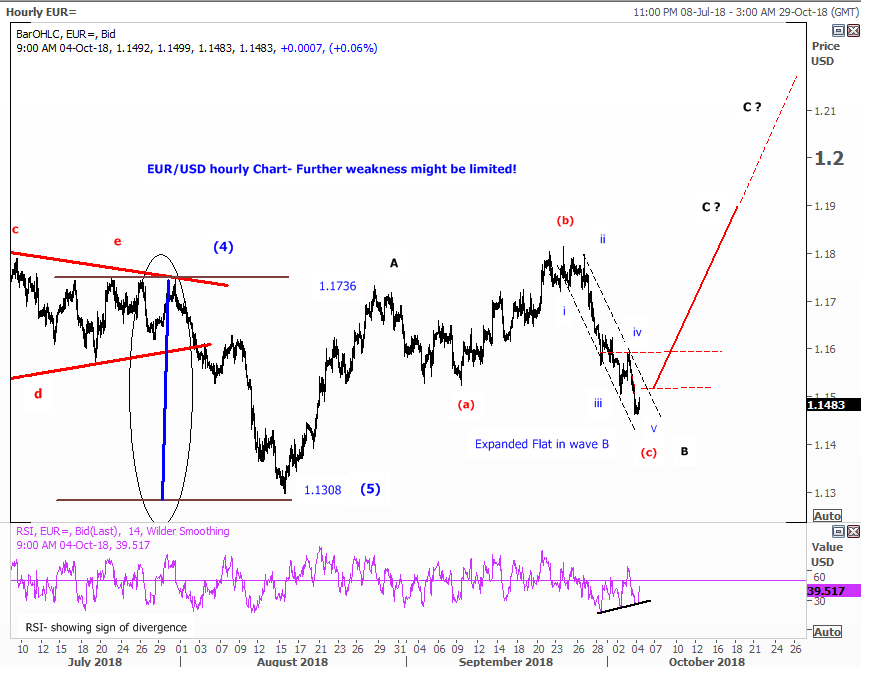 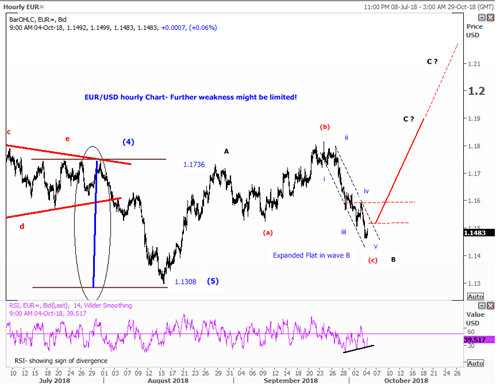