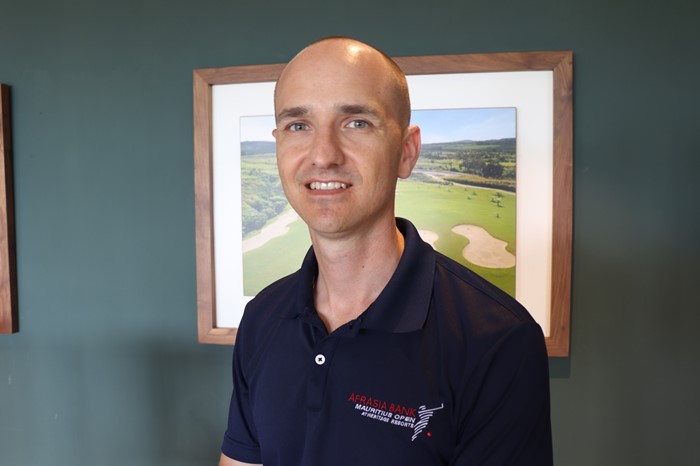 The AfrAsia Bank Mauritius Open is back to Anahita this year. What can we expect for this return on the Four Seasons Golf Course?

It’s hard to believe that we are about to host the 4th edition of the AfrAsia Bank Mauritius Open and the 2nd at the magnificent Four Seasons Golf Club Mauritius at Anahita.

The event moves between two of Mauritius’ premium championship golf courses with each presenting the visiting professionals with unique challenges. The Four Seasons Golf Club is a superb layout, masterfully designed by champion golfer and headline player at this year’s event, Ernie Els. Besides its length, the challenges here are the tricky greens and the wind that seems to blow a little bit stronger on the East Coast.

This resort is a very special place, the players and their families are extremely well looked after with many players combining their participation in the event with an end-of-year family vacation.

This year, the AfrAsia Open celebrates its 4 years of existence. Are you satisfied with the growth of the competition over the years?

The tournament has certainly grown in stature and has achieved worldwide renown. We have attracted some of the world’s best golfers from every corner of the earth (each year we had more than 30 nationalities present), we have pulled support from large international brands such as Coca-Cola, Mastercard, PWC and Jaguar; and the event is broadcast to more than 320 million households each year.

Using the word ‘’satisfaction’’ would imply that our goals and ambitions have been met, when in fact they have been surpassed on every level. We are extremely proud of the event and the impact it has had on Mauritius and the golf industry at large.

The AfrAsia Bank Mauritius Open is now considered as the 3rd largest golf event in the Sub-Saharan Africa region and the largest sporting event in the Indian Ocean Region, both in terms of prizemoney and international exposure.

What does holding such an event bring to Mauritius as well as to Mauritians?

This event was never about the promotion of one golf course, resort or brand, it has always been about the brand of Mauritius. We believe that Mauritius is now geared to rival some of the best golf destinations in the world, and this event enables us to send this message to the world!

Each year we bring in industry professionals from every area of golf tournament staging and television and we find that each year we are needing less and less of them as the skills have been transferred to local companies and individuals. Outside of a few key functions, our objective is to run this event using only local talent in the years to come.

How did the preparations for this edition go and what are the challenges to stage one the biggest golf tournament in the Sub-Saharan Africa?

Preparations begin 9 months before the event with regular meetings of the Organising Committee which consists of representatives of our main sponsors. We try to plan for every detail and every eventuality to ensure the smooth running of the event.

Our sponsorship campaign this year consists of 29 brands, ensuring that all the rights are delivered to our valued sponsors and partners and that they are happy, is a major challenge. However, we are pleased to say that we have had only 1 sponsor withdraw over the 4 years of the event.

Another challenge is the importation of all the broadcast equipment required to produce the 18 hours of live television, unfortunately the equipment is not available locally. The setup includes 3 containers and an Outside Broadcast Unit that all needs to be brought to Mauritius under a temporary import permit for the week of the tournament.

So far, what have been the benefits of this partnership for the Sunshine Tour, European Tour and Asian Tour? What are their views on Mauritius as a golfing destination?

At inception, the AfrAsia Bank Mauritius Open was the first and only tri-sanctioned tournament in the world involving the European, Sunshine (Africa) and Asian Tours. Since then, others have followed in our footsteps as the formula certainly makes sense for countries seeking visibility across these continents. With these regions being the key arrival markets for Mauritius tourism and FDI flows, it was the perfect fit for our event.

We embarked upon this journey because we believed (and still do!) that Mauritius is one of the most remarkable golf destinations in the world and, to a large extent, still undiscovered. The destination boasts 10 superb eighteen-hole layouts, some of the finest accommodation establishments in the Southern Hemisphere and glorious weather year round.

The tours love Mauritius and their operations staff fight for a position on the team that travels to Mauritius. The players have been incredibly flattering about everything from the condition of the golf courses to the hospitality and each year leave as ambassadors of the event and of this beautiful island.

The field of players continues to grow year on year. In your opinion, who are the players to watch for the 2018 edition?

The AfrAsia Bank Mauritius Open is set to welcome the strongest field in its tri-sanctioned history this year with the headline player being, the four-time Major winner, World Golf Hall of Fame member and former world number one, Ernie Els. Ernie knows the course intimately (since he designed it!!) and is definitely one of the players to watch.

Defending Champion Dylan Frittelli, who has secured his playing privileges on the PGA Tour in 2019, will defend his title in a field and comes into the event in amazing form with a top ten finish last week in Dubai and currently captaining team South Africa at the Golf World Cup in Australia.

The Belgian-bomber, Nicolas Colsaerts, will again be back to play the event on the golf course he loves. (He is an Anahita brand ambassador). And we have the pleasure of welcoming Austria’s number 1 golfer and multiple European Tour winner, Bernd Wiesberger, for the first time to the event.

We are only in our fourth year since the AfrAsia Bank Mauritius Open teed off as a tri-sanctioned event, and in this time we’ve had Major winners, former world number ones, European Ryder Cup stars and captains, Presidents Cup players and some of the most exciting young players in the game play in Mauritius. This year’s field is really another positive step in terms of our vision to keep growing the tournament as something unique in world golf.

Previous article View archives Next article
Contact Us
Need any help?Consult our FAQ
Or contact us on+230 208 5500 or afrasia@afrasiabank.com
Get the latest news, straight to your inbox
Join the conversation
Rates & Fees
View all rates and fees
Application Forms
REGULATORY BODY GUIDELINES
View all regulatory body guidelines
Our Shareholders
Swift Code AFBLMUMU
AfrAsia Bank Limited is licensed and regulated by the Bank of Mauritius.